Natasha contacted us almost a year before her wedding date to book a date for her bridal henna.  She was absolutely in love with some of the bridal henna designs that we had done recently and wanted to make sure our team was available for the occassion.

We started off with doing henna for Natasha's feet.  The design was heavy and intricate and filled up her feet all the way up her legs, almost to her knees! 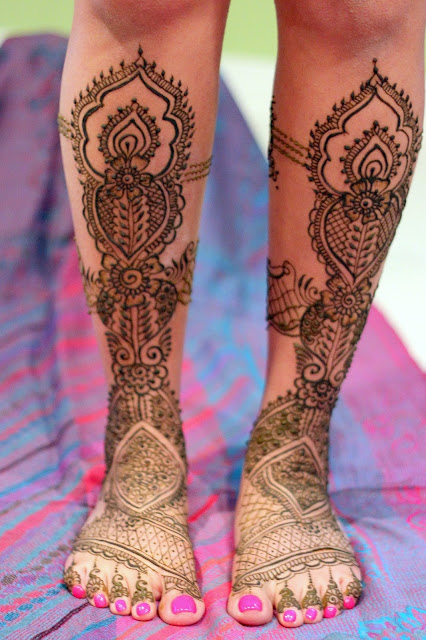 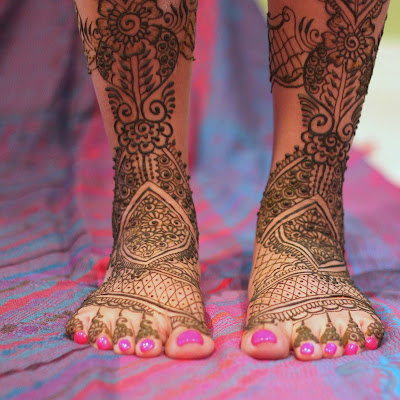 We then worked on the palms of Natasha's hands.  The design was heavily inspired by the trendy infinity edge style design that was popular last year. 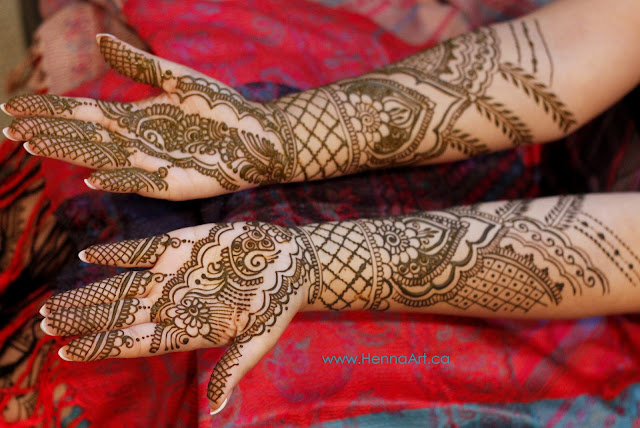 She really liked the leaf motifs with some open spaces.  She also wanted some white space but not too much.  We were in love with ALL of the elements of Natasha's bridal henna--the leaves, the motifs, the infinity edge, the vines, the criss-cross, and the fullness of the design.

The next day, we went back and did the application for the backs of her hands.  We followed a similar design flow for the backs of the hands, but also incorporated glitter and pearl accents. 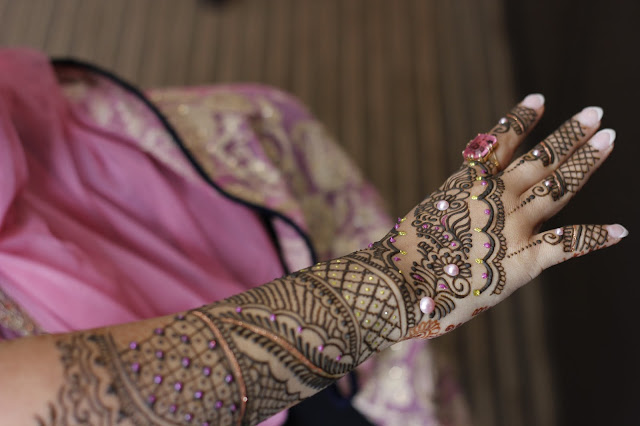 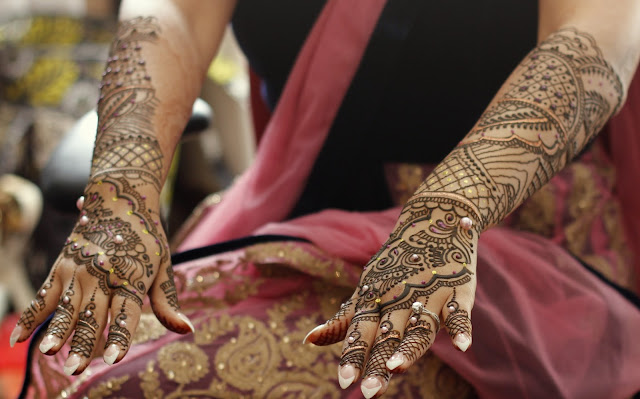 You can check out Natasha's beautiful wedding here: