Cultural appropriation is defined as the inappropriate use of culture, practices, customs and ideas that one culture typically used incorrectly by another dominant culture. For example it can be the inappropriate use of music or dance, cultural or religious symbols, food or even language. Basically cultural appropriation means taking something or using something without permission. So how does this relate to henna art?

Henna art has a rich culture dating back thousands of years to the middle east. It has recently been brought to the western world and, at times, has been used incorrectly showing it off as a fashion accessory instead of the true meaning behind the culture and patterns that should be depicted and used. Often in western culture henna art is used as a form of temporary tattooing using westernized designs, when in actual fact henna art has a rich culture in the middle east and is used widely in and for ceremonies such as weddings.

So how do we get away from cultural appropriation in henna art? To get away from this it is important to stick with and understand the traditions and symbols behind the art. Go to a reputable henna artist or henna company to get your product. Research the culture behind it (see our other blog posts on the history of henna art) and embrace the culture and traditions behind it. 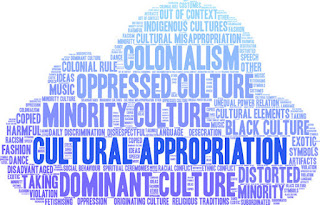