Why Is Understanding Henna Culture So Important? 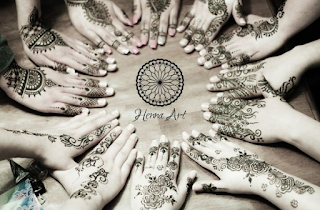 Henna has a very rich culture dating back to early Egyptian times and spreading through the middle east. It was first used to help cool and protect against the sun in the hot desert but over time it began to be used in ceremonies to symbolize good health and prosperity, especially in wedding ceremonies. Over the years each middle eastern culture adopted and used henna for their own traditions creating different designs that reflected their culture and traditions, hence the different types of henna art designs you can choose from. But, in the end the significance of the art remained the same. Though as western culture began to grow it began to search for new forms of body art and henna was adopted into the culture; though not necessarily in the appropriate form. This is why it is important to understand the true meaning behind the henna culture and not the one that western society has adopted for it.

Do your research. Understand the culture and traditions. Know the designs and artwork. And finally choose the right artist and products to keep the culture alive.